Wash You Doin'? & Everybody Complains About the Weather

NOTE: The following strips and comments were originally posted at Brain Teaser Comics in Feruary 2013, but I moved them here as they fit the Blank Tape aesthetic more than Brain Teaser as I was re-designing that site.

I moved in mid-January, and then my wife had surgery. While waiting for her to recover I had lots of down time at the hospital. I discovered @veryshortstory on Twitter. @veryshortstory tells complete tales in a single tweet written by Sean Hill. Find out more at http://www.very-short-story.com

I read a few of these and thought they'd make fun comics, so I adapted a couple in my free time, while Mrs. Disaster slept. Here is the first, a tragic tale of a mother and her laundry. 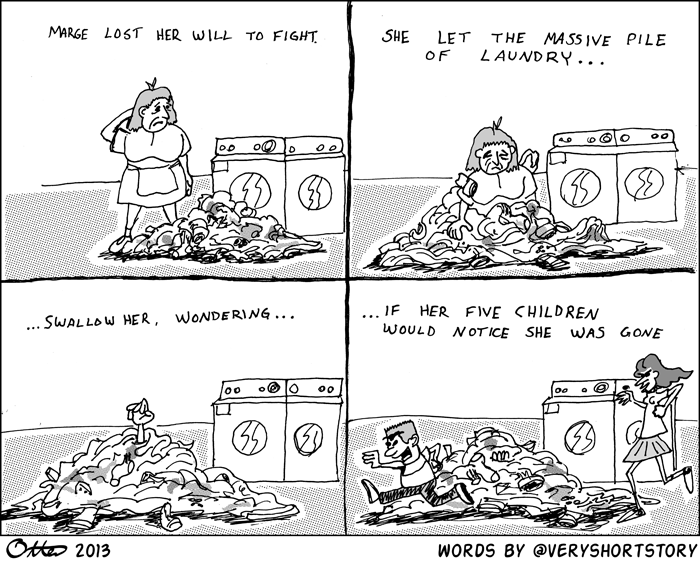 The second story by @veryshortstory aka Sean Hill, that I adapted into comic form. 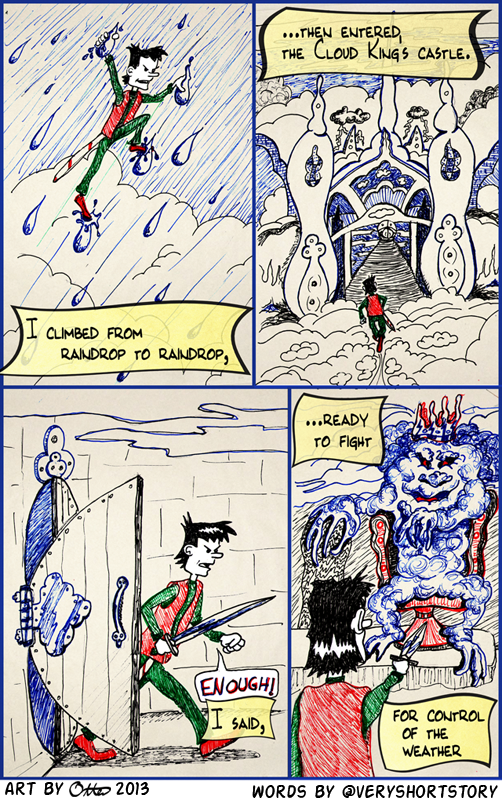 Posted by Brainteaser Comics at 9:44 AM